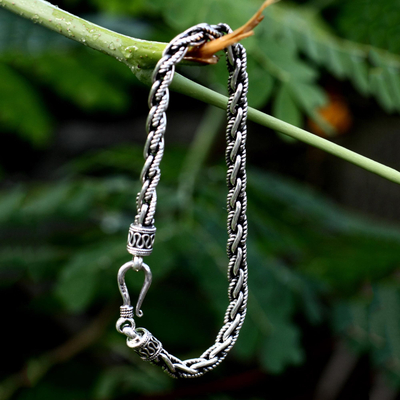 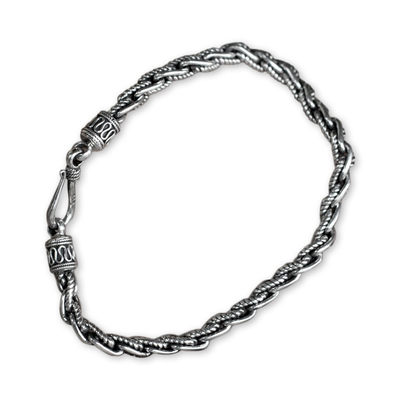 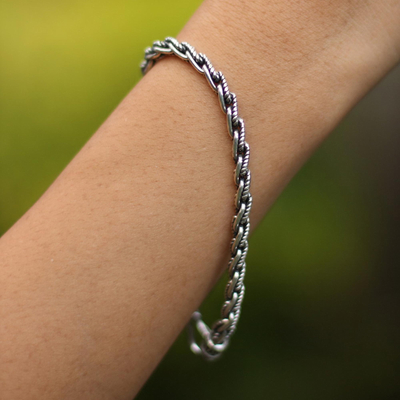 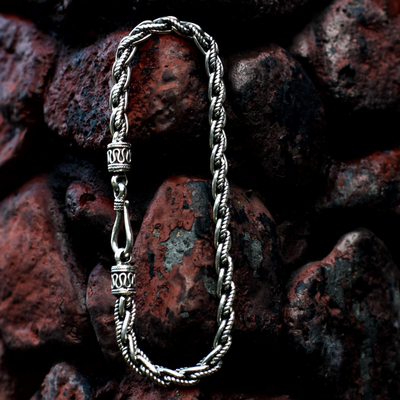 Very elegant yet simple. Clasp is a little difficult to do one handed, but the bracelet is secure. I?ll take that over those that fall off because of being easy to clasp.

I purchased this as a gift, which was well received.

This is a real sharp looking bracelet. It is also very well made. Thank you.

"Christmas gift for myself"

Everyone who sends this bracelet wants to know where they can get one. So I send them to Novica...

The craftsmanship is superb!!

I order this ring to represent my 3 children. I didnt want jewelry with stones just a simple band. Thankyou so much for an heirloom for my family!

Excellent quality. There so beautiful and well made. I wont shop jewelry any where else

This is a small, simple and sweet ring of frangipani (plumeria) flowers. The flowers remind me of my travels and make me happy.

Perfect, small, beautifully detailed stud earrings. Great as unfussy, go-to earrings for any day. The backs are sturdy and reliable as well.

You can find our men's sterling silver link bracelet 'Flowing River' by Wayan Asmana in jewelry categories such as No Stone Bracelets, Silver Bracelets, Sterling Silver Bracelets and Chain Bracelets. Enjoy exploring these sections for other Novica treasures.

Celuk is a Balinese silversmithing center and it is there that Asmana, while still in elementary school, began to learn the art of jewelry making. His father was a well-known silversmith who taught him bon, jawan and other jewelry techniques that have been handed from generation to generation in Celuk. Now in his sixties, Asmana has taught this art to many others and is dedicated to seeing it passed to the next generation.

Wayan Asmana has received 3 microcredit loans with 0% interest from Kiva and Novica, the first for $2850 and the most recent for $3000.

Asmana and his workers rely on the stable income that Novica sales bring. These sales are their primary source of income.

"My jewelry is now known in many different countries... thanks to you. I will continue to work harder and better to please you, all my dear customers. Thank you so much!"

"I am thankful that God gave me a chance to join with Novica. My jewelry is now known in many different countries, and my family and I feel so much this uplift in our economic life thanks to you. We hope this can last forever, and I will continue to work harder and better to please you, all my dear customers. Thank you so much!"

Wayan Asmana is a master silversmith from Sukawati, long regarded as Bali's most important jewelry center. Asmana learned his craft when he was in elementary school but only when he was in senior school did his father teach him how to make gold accessories. Wayan Asmana senior is unquestionably a renowned jewelry maker and designer.

When Asmana returned to his village after going away to college, he married his beautiful bride, Wayan Asmariani. Then he set about starting his own jewelry workshop where he designed and crafted a variety of gold and silver accessories. Business began to flourish and tourists were his main customers. Unfortunately, events such as the World Trade Center attacks and the Legian-Kuta bombing have had a very bad impact on Bali's tourism trade, which in turn has affected Asmana's work.

Setting up on his own is difficult. Asmana tells of the time, three years ago, when a foreign tourist bought almost $1,200 worth of products. When Asmana went to the bank to change the dollars into into rupiah, he was told the money was counterfeit. There was nothing Asmana could do about it.
View all