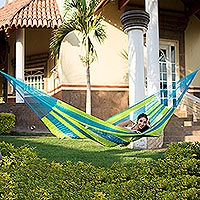 This is a beautiful ring. Even prettier than the picture. Im constantly getting complimented on it.

This ring is exactly like the picture. It is elegant in its simplicity yet makes a statement. I love it! Another wonderful purchase for me from NOVICA.

Was just what Id hoped it would be! Labradorite has become a new favorite and most of what I have is gray in color, but has an iridescence within. Happily this stone did not disappoint. It has a lovely rainbow shimmer. Very high quality, beautiful ring!

"What I like best about this craft is how it takes my mind in different directions to come up with new designs... I hope to keep going until I touch the sky!"

"I come from a beautiful city in Gujarat, where I was born in 1984. As a child, I was mesmerized by our beautiful and intricate silver jewelry. I knew I wanted to do something interesting and decided to learn the art of designing jewelry.

"When I started, I knew nothing about this art. I... read more

What is Rose Gold?

According to mystical lore, labradorite is a power stone that strengthens intuition. Its unique coloring is mesmerizing, for labradorite is gray with iridescent flashes of purple, blue, and yellow. It creates a contrast to behold when set on silver, which is why Novica has created a labradorite ring gallery for you to explore.

A polished labradorite cabochon glows with infinite elegance on a solitaire sterling silver ring by Bhavesh. Embracing artistic minimalism, he creates elegant rings that go well with other designer's work, including Khun Boom's hill tribe labradorite jewelry. You may also wish to match a labradorite ring from India with the labradorite pendant on a sterling silver choker from Agung Pribadi.

In this way, through Novica's collection of labradorite rings, you can put together your very personal jewelry set with designs from India, Thailand and Bali, respectively!